In December last year the media reported widely on two sexual offences trials  that collapsed within a week of each other after evidence was disclosed late into proceedings that had the potential to ‘undermine’ the Prosecution’s case. Disclosure rules mean that the police and the CPS have a duty to inform the defence if they find any evidence that “weakens” the Prosecution case or “strengthens” the Defence’s. What followed was a wave of press coverage highlighting both the “systemic failures” of the Metropolitan Police and the experiences of those accused of rape. Former Justice Minister, Dominic Raab, said that the “basic principle of British justice” was at stake. Shortly after, the Metropolitan Police announced it was reviewing all sexual offences cases where there had been a decision to charge, with focus on those cases close to court proceedings.

What has been strikingly absent from all of the coverage is what this means for survivors. The media has been intently focused on providing a platform for the voices of those accused and those with extreme opinions on what can be done to ‘fix’ the system in the name of “justice”. There has been no pause to consider the impact these decisions have on survivors of sexual violence and their experiences of the criminal justice system. For the talk of a “skewed” and “broken” system, there is a concerning lack of recognition of the reality. How  could a system really be skewed towards survivors when only 16% of rape reports in 2016-17 made it to trial? Where are the voices of those who deserve to be heard, the survivors who have spoken out and told their truth?

They would paint a markedly different picture. One where they feel like they’re the one on trial. A picture where they aren’t kept informed, where their actions and responses to trauma are questioned. Police often ask survivors for access to their phones and their social media accounts, the places many of us hold so much of ourselves. Survivors are told that it doesn’t matter if they have nothing “to hide”. But there is a violation in the very act of asking for access to things that don’t feel relevant to a sexual offence you have chosen to report. We must consider how it feels to have your privacy invaded, to have your most personal conversations combed over by a police officer, for your thoughts and feelings to be examined in case of a discrepancy – in case it doesn’t match the myths of what a “real victim” looks like. 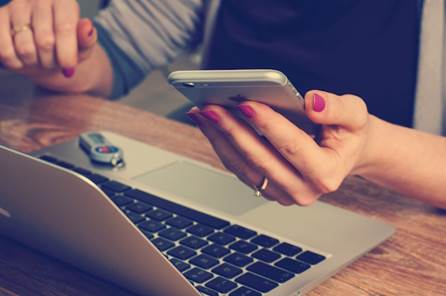 For all the discussion that we live in an equal society the reality is that our criminal justice system uses myths and stereotypes about sexual violence and survivors to argue against a perpetrator’s guilt. Prosecutors, jury members and us as individuals need to be braver and push back against the myths society holds about sexual violence. Consent is an ongoing process. A text message about sex does not equal consent. Messages that don’t use the explicit language of violence do not mean what happened was not violent.

The news the Metropolitan Police are reviewing every case going to court is extremely concerning and the implications are wide ranging. Police investigations can sometimes take over two years. If there is a decision to charge, a trial may be set for another year later. The wait for progress in the criminal justice system can be agonising and many survivors are left waiting for such a long time. What does this mean for them? What does it mean for those who have reported and are awaiting an outcome of a police investigation? Who are waiting for the CPS to make a decision about whether a case will go to court or not? Do those cases get pushed to the back of the queue while all attention is directed elsewhere, in an already stretched Metropolitan Police Service? They do not have the resources or the funding to cope with the amount of sexual offences being reported. Survivors deserve to feel like they are being heard when they make the huge decision to report, and that their truth will be treated seriously and sensitively. The reason these cases in December have come to light may not be so much an issue of disclosure and a conscious disregard for procedure, but because there isn’t an adequate response to sexual violence across institutions who are understaffed and under-resourced.

#MeToo and #TimesUp have shone a light on the scope and scale of sexual violence – that it exists in all industries and communities, from the home to Hollywood. What we need now is a response that is good enough. Institutions must reflect the shifts in society that have enabled some survivors to feel able to speak out and seek whatever justice means to them. The police, the CPS, the courts and the government must be well-equipped to handle and respond to sexual violence. The response must be long-term and it must be sustainable. The media must strive to do better, to think carefully about the language they use and the way they frame sexual violence. And specialist services need support now more than ever. We need practical support, from awareness-raising to funding, to ensure we are still here in the changes and shifts that are still to come.